As is often the case with the great classics of the men's wardrobe, everything starts again and again in England.
As much appreciated for its style as its comfort, the ancestor of the tuxedo jacket has long been a garment reserved for evening wear, spent sipping a whiskey, reading a newspaper and .... smoking a cigar, hence its name "smoking" in french language. Over the years, the tuxedo jacket has gradually gone from being a garment for the home wear to an iconic piece worn for formal occasions.
The story begins in the 17th century which was a period of great expansion for Europe, on the Indian, North American & Asian continents.
At that time, the luxury trade consisted of coffee, textiles, spices and tobacco. While most people did not have a dressing room the size of today’s man, most men did what they could to keep their everyday clothes in good condition, and it was not that simple...
Among what could damage their clothes, we find in the first place tobacco smoke, which clothes were particularly good at absorbing. To prevent the impregnation of the smell of cold tobacco, men then began to wear robes over their clothes when they smoked. These robes were often woven in silk, which avoided a sloppy effect. As technology advanced, photography came along, and it became fashionable to have a portrait taken in a robe.
In the middle of the 19th century, tobacco became particularly popular among gentlemen, especially in England. It became customary for men to retire to a smoking room at the end of dinner to talk with each other. The tuxedo jacket became more and more important for socializing, so much so that new versions were created to allow men to wear them at dinner, so that they did not have to change before going to the smoking room. At dinner parties, the men could then go together to the master of the house's smoking room without offending “good manners ".

The first record of this new type of clothing of short jacket, thus shorter than the robe, dates from 1865 & comes once again from the English royalty.
It was specially commissioned by the Prince of Wales, future King Edward VII, from his Savile Row tailor, Henry Poole & Co*. It consists of a midnight blue silk diner jacket with matching pants with silk lapels that prevented the fabric from burning in the event of falling ashes. With the royal influence, this short tuxedo jacket quickly became the reference and conquered the whole world.
The tuxedo jacket has thus become over time, synonymous with comfort and elegance. It is one of the first garments in the modern men's dressing room to combine these two characteristics. Over time, this jacket was then more and more visible in both private and public places. Personalities have then widely worn and honored, as Dean Martin or Frank Sinatra and their famous Rat Pack, Cary Grant, or James Bond. Nowadays, it is naturally called "Smoking" in France and "Black Tie" in Great Britain. But why is it called "Tuxedo" in the United States?
An American coffee magnate, James Brown Potter, who lived in the wealthy Hudson Valley enclave of Tuxedo Park, saw the Prince of Wales wearing his tuxedo jacket on one of his visits to the UK. Finding the outfit perfect, he had several made on the spot before returning to the United States. He happened to be married to the fashionable Cora Urquhart Brown-Potter, and he wore it to the Tuxedo Club's Fall Ball in 1886. In response to the many questions about this new outfit, he gave it its now official name.

"The tuxedo” consists of a short jacket (in black wool and mohair, more rarely white) straight or double-breasted with satin or silk faille lapels and black pants with silk braid, and can be accompanied by a vest. The straight jacket has only one button. It is traditional not to have slits in the jacket, nor flaps in the pockets.
Unlike the suit, the tuxedo is now worn buttoned although it was not originally.
It is designated on invitation cards to a cocktail party by the words black tie (as opposed to white tie or full formal used to designate the outfit). Its use is also tolerated under the name "evening wear".

The tuxedo can have different types of lapels:

This is the standard collar of the men's suit, found on both business and formal jackets. Quite versatile, it is not the most formal.

This collar is more visible than the notched collar with its point drawn upwards and its greater thickness. Less common, it gives more character to the jacket.

It is the collar that is traditionally found on tuxedos, it quickly gives a ceremonial spirit to the whole and is therefore very suitable for large events. 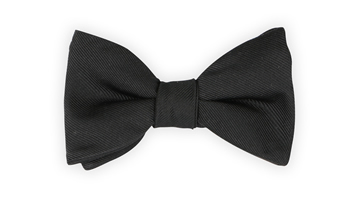 The only appropriate tie is the black bow tie which is a self-tie and usually matches the facing of the lapel of the tux and the braiding of the seams of the pants. 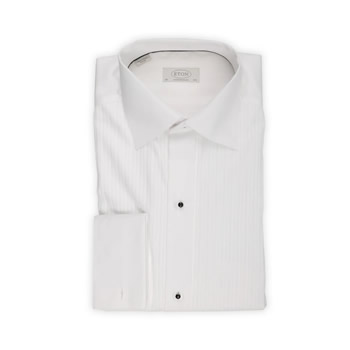 The choice of shirt is particularly important with a tuxedo jacket. If for a classic suit the options are quite wide, they are less numerous for this type of clothing. As the tuxedo is made to be formal, the shirt must follow suit. Ideally, you will be able to choose among these three options: 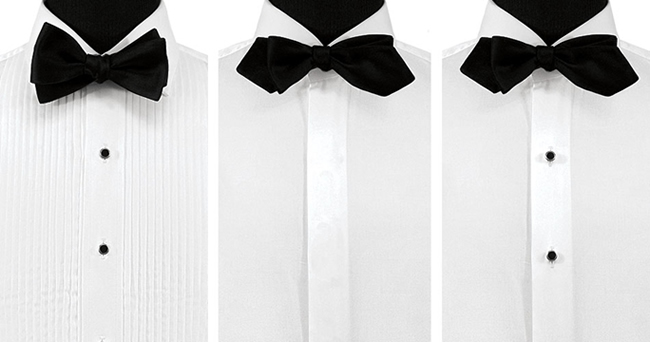 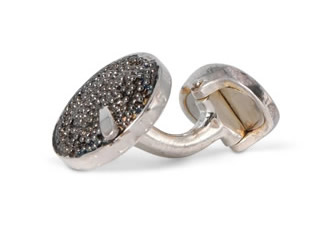 Most tuxedo shirts can be closed with regular buttons, but show people that you know how to respect tradition and always opt for special shirt buttons and cufflinks for your shirt closures. 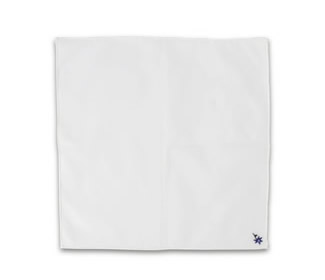 Most tuxedo jackets will have a front pocket on the left side above the chest. The pocket then becomes mandatory. Many people forgo this detail and they still look acceptable. But the gentleman who remembers it looks perfect. It's just another way to show that you care and know what you're doing when it comes to formal attire.
There are many ways to fold a suit pocket, as shown below, but the most formal fold is a simple, narrow, straight fold.

The straight fold :
This is the most formal fold, with a thin, straight fold edge. The straight pleat is more formal because it is the most minimalist, which is a perfect match for the black bow tie.
The unfinished fold:
This is a slightly less formal version of the straight fold and purely a matter of preference, aimed at those who prefer the pouch to look more functional. By showing the unfinished edge, the pouch looks more useful.
The accordion fold:
This is a less formal fold but also the most common and functional. In general, this fold is best suited for business suits, as it can draw attention to the black tie. But many prefer it because it is very easy to make and also to put away after use.
Single-peak folding:
This is a very formal fold but less formal than the straight fold. Although it was more common in the Jazz Age, this fold is still a popular choice because of its clean diagonal edges and ease of use. It is also known as the "corner fold."
Four-peak folding:
Four-peak folding is more fanciful than formal. It may be too eye-catching for an evening outfit, but it’s perfect for business suits or formal occasions that allow a bit of fantasy. To fold it, tuck in the bent edge and spread the corners.
Nothing can replace the timeless style and elegance of a tuxedo.
Discover the perfect piece for your next evening among our selection of men’s tuxedos with impeccable cuts.